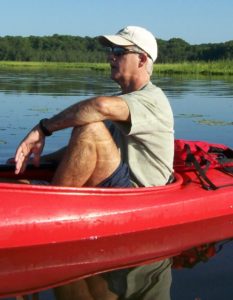 Tom Roland, President. Tom studied Estuarine Science at the College of Southern Maryland before graduating from the University of Maryland with an Outdoor Recreation degree. He recently retired from a 38-year career with the Charles County Government. Tom served many of those years as the Chief of Parks and was responsible for strategic planning, park design, and parkland acquisition. During his tenure, the park system experienced significant expansion, with a key emphasis on preserving natural resource/open space areas. Some of the more notable acquisition projects include the Indian Head Rail Trail, Friendship Farm Park, Maxwell Hall, Mallows Bay, Popes Creek Rail Trail, and most recently the Port Tobacco River Park. Tom and his wife Joanne have resided in the Welcome community for over 30 years. 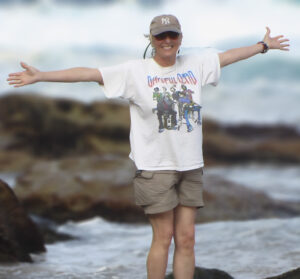 Kathy Babiak, Vice President. Kathy is retired from NBC, where she worked for 35 years as an audio mixer and video editor on such shows as The Late Show with David Letterman, Saturday Night Live, and Late Night with Conan O’Brien. While there, she took leaves of absence to participate in research expeditions under the auspices of Earthwatch. She travelled to a variety of places around the world, collecting data on the southern right whales of South Africa; the maneless lions of Tsavo, Kenya; the meerkats of the Kalahari; the coral reefs of Tonga; and the orcas of Puget sound, where she signed on as a staff volunteer for more than 20 years. Most recently, she joined a project examining possible conflicts of crop predation by chimpanzees of the Budongo Forest in Uganda. Kathy believes in the importance of the environment and the relationship of all of its parts and that familiarity with the Port Tobacco River is a huge motivation for doing all we can to protect and improve a healthy ecosystem. 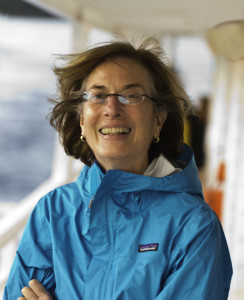 Paige Jackson, Treasurer. Paige, along with her husband Chuck, became involved with PTRC shortly after moving to Port Tobacco 12 years ago. She has a BA in Economics from Duke and an MA in Economics from SUNY Buffalo. Early in her career, she was an economist working primarily on telecommunications and transportation regulatory policy. After a 10-year hiatus to raise her children, she began a second career in editing, producing, and managing scholarly journals, most recently as Editorial Director at the American Psychological Association. She recently retired from IBM Watson Health, where she wrote and edited public health research documents. Paige is grateful for the opportunity to live on the Port Tobacco River and eager to support PTRC’s efforts to protect and enhance the Port Tobacco River watershed. 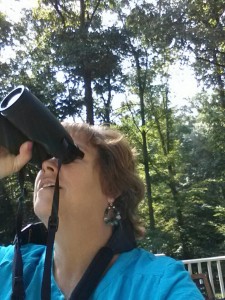 Lynne Wheeler, Secretary. Lynne was born and raised in Indian Head, Charles County, and graduated from the University of Maryland with a BS in Medical Technology. She worked as a technical supervisor in hospital clinical laboratories in La Plata, Maryland, and Boca Raton, Florida; a territory manager for Fisher Scientific; and in her final years with Grainger Industrial Supply. She has held multiple officer positions with the Southern Maryland Audubon Society and currently is President. Her hobbies are gardening with perennials and native plants, birding, reading, dogs, nature, and good wine. She resides in Chicamuxen with her husband, John Wheeler, an Indian Head business owner. 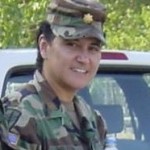 Tina Wilson, Past President. Tina is a lifelong resident of Charles County. She grew up on a small farm along Neale Sound near Cobb Island, where she nurtured her love of the water. After attending college on the Eastern Shore, she pursued a career in the Army, retiring in 2005. She served as a logistics officer on a variety of assignments, including at Schofield Barracks in Hawaii, and in Stuttgart, Germany, and Skopje, Macedonia. She is a veteran of Desert Shield and Desert Storm. Tina’s work providing water to villagers as part of humanitarian support brought home to her the importance of clean water. which many take for granted. Upon retiring from the service, she renewed her love of boating and moved to Port Tobacco. While on a boating trip to Chapel Point, she learned from fellow boaters of the dangers of a high bacteria count in the river, which led her to join PTRC. It is Tina’s hope that many more people will become members of PTRC and learn to better appreciate the Port Tobacco River.

Dave Jenkins, Director. David has been a La Plata resident since 1986. His grandparents were born in Port Tobacco and Bryantown. He retired in 2019, after career in city and regional planning, working for local, regional, state planning/economic development agencies, and private engineering companies. He has an MBA from Loyola University, Baltimore; a master’s In City and Regional Planning from Catholic University in Washington, DC; and is a registered Professional Planner with the American Planning Association. He was elected for a 4-year term to the La Plata Town Council. David is a 38-year veteran of the U.S. Army, and the Maryland and Virginia Army National Guard, including an 11-month deployment (peacekeeping mission) to Bosnia, in February 2000. He has served as President of the Charles County Chamber of Commerce and is a past member of the Charles County Department of Economic Development Department (EDD) Advisory Committee, the EDD Grant Review Committee, and the EDD COVID-19 Recovery Task Force. He currently volunteers with the Service to the Armed Forces division with the American Red Cross.

John Posey, Director. John is a lifelong resident of La Plata, and “the Creek” has been a major focus of his life, including boating and fishing with his grandfather as a young boy and later water skiing with his brother as a teen. John met his wife Shelly while disco dancing at the former Old Port Inn, a popular Port Tobacco River night Spot back in the 80’s. John’s passion for the Port Tobacco River continued when he bought a boat and taught his three children how to swim, ski, and kayak there. He received an AA in Estuarine Resource Technology from the College of Southern Maryland and a BS in Computer Science from UMUC. John was a data scientist at the EPA Chesapeake Bay Program Office, the Chesapeake Biological Laboratory, and the Census Bureau where he retired in 2021. He also worked at the Chalk Point and Calvert Cliffs power plants. Rebecca Turner, Director. Rebecca has lived in La Plata for almost 16 years. She has taught science, including chemistry, earth science, and Advanced Placement Environmental Science in California, Egypt, Tennessee, and Maryland. Rebecca grew up in Southern California and taught for 16 years in the Mojave Desert. She has one son who lives in Boulder and has a PhD in engineering. Rebecca retired from Charles County Public Schools in 2018, where she taught biology at McDonough High School.

Bill Wilson, Director. Bill is a resident of La Plata and lives in the Port Tobacco River Watershed. He is a senior mechanical engineer at The Energetics Technology Center, Inc., in Indian Head, Maryland, as well as Adjunct Professor of Mechanical Engineering at the University of Maryland, College Park. He is retired from NSWC-Indian Head where he spent his last 12 years on assignment as a program manager for energetics at the Defense Threat Reduction Agency. Bill became active in PTRC in 2004 and has volunteered for many PTRC projects. He received his PhD in Mechanical Engineering from the University of Maryland. 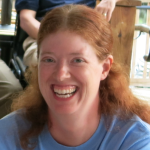 Heather Zdobysz, Director. Growing up in Southern Maryland and participating in a myriad of outdoor activities has instilled in Heather a love of the natural world and a passion for environmental education and outreach, with an emphasis on local marine and freshwater ecosystems. She has a BS in Marine Biology and an MS in Environmental Management. As Education Program Manager for the Alice Ferguson Foundation, she oversees programs for elementary, middle, and high school students at Hard Bargain Farm and national parks in the DC metro area. Heather has worked with a variety of organizations to help further environmental education and awareness among a wide range of audiences. She has organized and taken area students on three-day trips to the Chesapeake Bay Foundation’s education centers, worked with high school students as an aquatics instructor to help prepare them for the Charles County Envirothon competitions, and helped run the U.S. Navy’s STEM Robotics Program.